13 Indicators of Interest: How To Tell If A Woman Is Attracted To You

Indicators of Interest (IOI) are behavior or action that indicates a person’s interest in another person. In the context of dating and relationships, an IOI from a woman can be a sign that she is interested in pursuing a romantic or sexual relationship with a man. The downside is that if you’re not a classically good looking man, it becomes a trap to find IOIs.

But understanding these signals can help a man better understand a woman’s level of interest. It will also potentially guide the direction of the relationship. Indicators Of Interest can be both verbal and nonverbal.

Verbal Indicators Of Interest are words or phrases that a woman says to indicate her interest in a man. 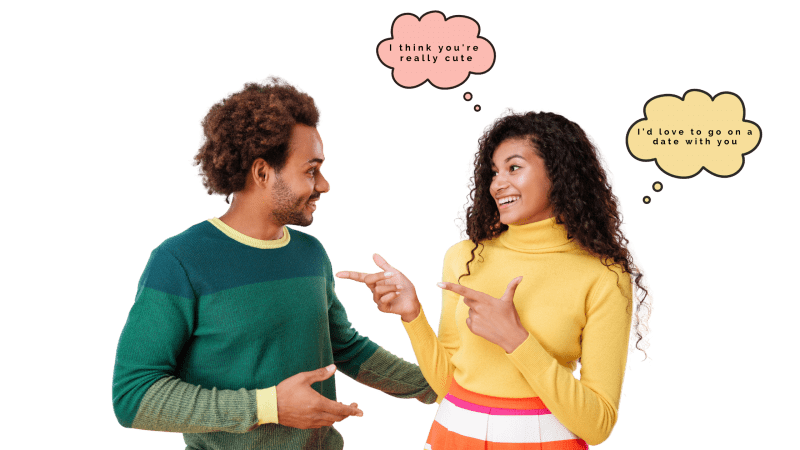 These can include direct statements of interest, such as “I think you’re really cute” or “I’d love to go on a date with you.” Verbal IOIs can also include flirting, which can take the form of teasing, making jokes, or using playful language. For example, a woman might say something like “Do you always look this good or did you dress up just for me?” as a way of flirting and indicating her interest.

Nonverbal Indicators Of Interest are actions or behaviors that a woman exhibits to show her interest in a man. 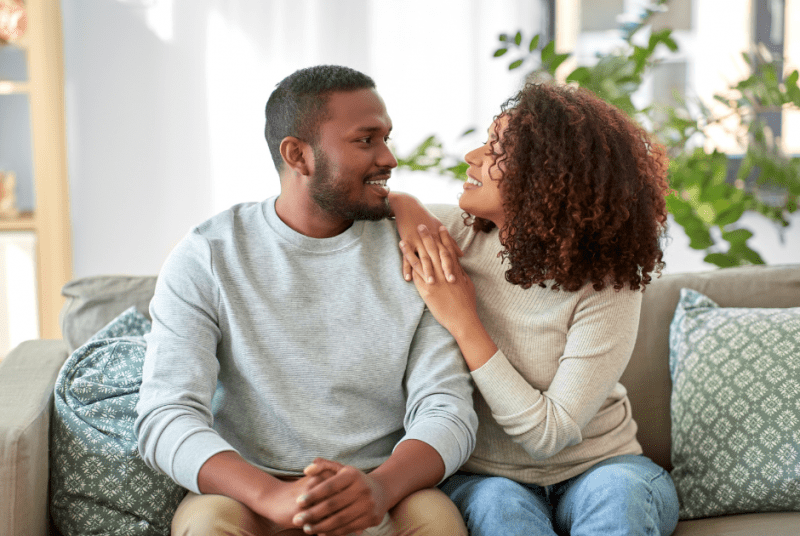 These can include maintaining eye contact, which is often seen as a sign of attraction. When a woman maintains prolonged eye contact with a man, it can be a sign that she is interested in him and wants to engage with him.

Another nonverbal IOI is touching. This can include any form of physical contacts, such as touching a man’s arm or hand in a playful or flirtatious manner. This type of IOI is often used as a way of establishing a connection and building intimacy between two people.

Laughing at a man’s jokes is another IOI that can indicate a woman’s interest in him. When a woman finds a man’s jokes or sense of humor amusing, it can be a sign that she is interested in him and enjoys spending time with him.

Complimenting a man is another IOI that can indicate a woman’s interest in him. Compliments can take many forms, such as praising a man’s appearance, intelligence, or other positive qualities. When a woman compliments a man, it can be a sign that she is interested in him. This could also mean that she wants to build a connection with him.

10 Common IOIs From Women Indicating Attraction To You: 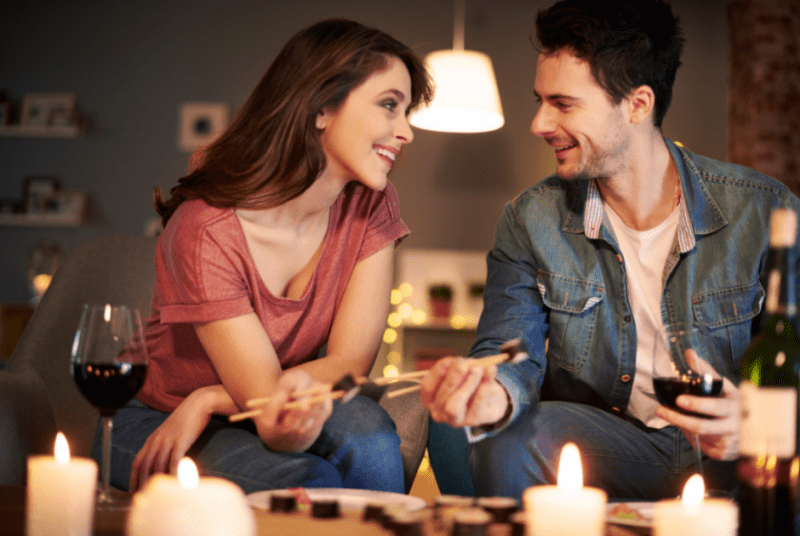 Racial Indicators Of Interest can also be specific to those women looking to interracially date. 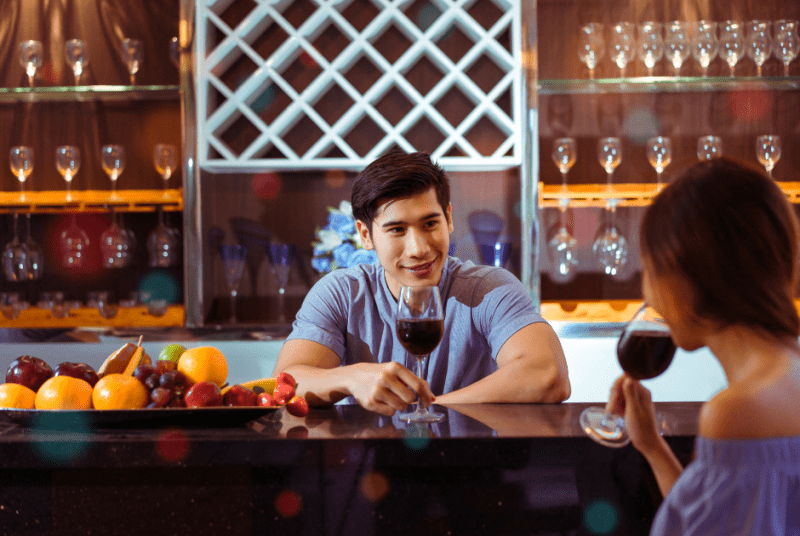 If you’re an Asian man, some Indicators Of Interest a white, black, or Hispanic women might give you are:

11. Interest In Asian Culture. Whether it be history, language or pop culture, she might try to bring up what little knowledge she has in order to relate to you. While at first, it may be a sensitive faux pas if she brings up her favorite Japanese anime and you’re Chinese. Unless she’s giving true weaboo vibes, she’s just throwing something out there that she feels the two of you can relate to.

12. Commenting (Positively) In Your “Exotic” Physical Traits. She may comment on your dark hair, your eyes, and difference in skin tone. Remember that women in general have no game to speak of since they aren’t socially conditioned to approach men and flirt. So she’s trying to indicate that she notices your physical features. And unless you’re a male model, women almost never give an average looking go compliments on his normy appearance. So she’s interested.

13. Saying Her Ex-Boyfriend Was Asian. Because she’s familiar with some of the challenges Asian men face in society, she’s probably heard of how Asian men feel emasculated and ignored by Hollywood, society and women. She’s stating this to (hopefully) not talk about her douchebag ex-boyfriend, but saying that so you know that she isn’t brainwashed by the anti-Asian media narrative.

How To Detect IOIs 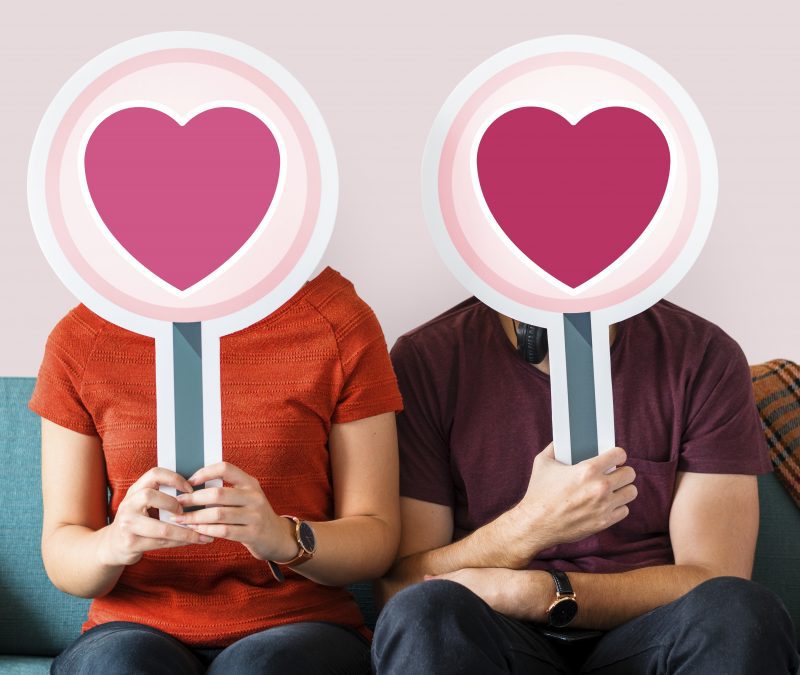 Anyways, to detect Indicators Of Interests from a woman, it’s important to pay attention to both her verbal and nonverbal cues. It can be helpful to look for patterns in her behavior when she is around you. It’s also important to remember that not all IOIs are clear or obvious, and a woman may be interested in a man even if she doesn’t show it overtly. In these cases, it can be helpful to pay attention to more subtle cues, such as the way she speaks to you or the way she reacts to your presence.

It’s also important to remember that everyone is different and may show interest in different ways. Some people may be more subtle with their IOIs, while others may be more overt. It’s important to pay attention to the individual and their unique way of expressing interest.

It’s also worth noting that detecting IOIs from a woman is just one aspect of building and maintaining a healthy relationship. While understanding and recognizing IOIs can be helpful, it’s also important to communicate openly and honestly with a partner and respect their boundaries and needs.

In summary, indicators of interest (IOIs) are behaviors or actions that indicate a person’s interest in another person. Understanding these signals can be helpful in understanding a woman’s level of interest. It can also potentially guide the direction of a relationship.

Verbal IOIs are words or phrases that a woman says to indicate her interest. On the other hand, nonverbal IOIs are actions or behaviors that she exhibits. Some common IOIs from women include flirting, maintaining eye contact, touching, mirroring body language, laughing at a man’s jokes, and complimenting him.

To detect IOIs from a woman, it’s important to pay attention to both her verbal and nonverbal cues.  It is also important to remember that not all IOIs are clear or obvious. Essentially, remember that everyone is different and may show interest in different ways. You should communicate openly and honestly with a partner.